Depression, as we know it.

My name is Pauline Clarke, I am a Mindfulness & Mental Health Facilitator and a Reiki Master.

My reason for this journey in life is not because I was depressed but because I lived through someone else's depression journey, my Dad's x

So let me begin......I was 12 years old, my Dad had been a pig farmer since he left school, about 17 years now. My mother was a stay at home mother that didn't drive so she really was a stay a home mother. There was 5 children,  from 5 up to 14 years old.

So my Dad wanted a change, they applied for visas for us for Australia, and yes we were granted 10 year visas, yes it was 1991 and Australia were granting 10 year visas.

Then there was a change of plan, a pub/shop went up for sale in a nearby village. My Mam had been a bartender before marriage and Dad jumped at it, Australia went out the window.

Dad and Mam had to undergo medicals for their new mortgage and the news came back that Dad had a leaking valve to one side of his heart, this meant that my mother would be the only one insured on the mortgage, they didn't see the problems this would bring further down the road so the papers were signed.

So I can remember been so excited to move, we were getting stairs, i was 12. The busy life quickly kicked in, 5 young kids with a pub/shop wasn't really very family friendly. For my Dad inside his head the regret had began. His head got very busy with regret, he actually bought himself a ticket for Australia and headed for Dublin Airport only to back out of it. My mother was unaware of what had happened till he came back. Regret had set in and he edged his way into depression.

My first encounter was when I headed off with him to collect the Sunday papers for the shop. So I came back out to the car with a very large stack of newspapers, into the car to see his wrists bloodied. I was 12 remember, I just wanted to go home to tell Mammy what he had done and yes panic struck in, if we would make it home. So he explained to me "I need to do this, yous will all be better off without me, I am a burden on yous and you have to understand I'm doing this for yous" I would here this line 150 times in the coming years.

So my Mam got him help, he was admitted to hospital, while she managed 5 kids, a shop, a pub and didn't drive, she was some woman. So we would go into hospital to see him, anyone that know the psychiatric ward in Cavan General Hospital knows it's down stairs, the stigma was very bad at the time around depression but my mother never hid his illness. Downstairs we went, into darkness,  that was the worst part, it was actually scary. There he was lying in his bed, very relaxed with medication. We would sit at his beside and he would explain himself again, I need to do this........

He was in hospital for my confirmation, a family friend that worked in the pub set up dinner for us in her house, I will always remember her kindness. He arrived at the church from hospital, I was scared of what he might do but he was good. See when you live with someone with depression they become very unpredictable. We had dinner and he went back into hospital.

So the next 6 years we moved 5 times. Yes 5 times. 3 Christmas Days he spent in hospital. October through February was the dreaded time, you knew it would get worse. He spent lots of time in Cavan General, he had lots of ups and downs. We were taken out of school one day by a family friend, he had tried, but not succeeded. The glare in his eye i will never forget as he got sicker, it was always a sign, a frightening sign. My Mam received the brunt of the physical abuse and we feel very lucky she is alive today x She could write a book, will loads of f-words in it.

My eldest brother moved to Australia just before our last move. We were in our new home about 7 months. Dad collected me from work and when we got into town he asked me to go into the florist to buy Mam flowers, see she was 40 the next day. The florist was closed but I was shocked for in my 18 years I had never seen him buy my Mam flowers, off course I didn't question him, you just don't question your Dad when he's not himself. We headed home, he headed off to Foroige with my youngest sister Tina. It would be our last time to see him. He was actually quite relaxed, he had it all planned and was content as he headed off. He was already there.

So I met my Mam in the hall the next morning, "Your Dad never came home" It was her 40th birthday. I shook it off and told her that he was probably in the pub playing cards but she was worried. The hours went by. She couldn't call the guards, this had happened before and they explained that he had to be 72hrs missing. I was at work sitting in the canteen with my younger brother when all of a sudden the daughter of the boss came running out of their house screaming. She was always full of fun and my thoughts were "Look at this eget" but then the door hit the wall, it was a family friend we worked with, Pauline, Sean you need to get home now. When we got to the lobby i just sat down on the floor and I asked her to tell me if he was dead, it was blunt but there was no other way of saying it, she replied yes.

That was it, 6 years of depression, 6 years of my Mam looking across her shoulder, 6 years of moving houses, 6 years we had a man in our house we did not know. 6 years of visiting Cavan General, it was all over. He died by suicide on the day of my Mams 40th birthday, 22/11/1997. Depression is a disease that takes over the mind and unfortunately it is a huge fight to take it back.

So my eldest brother Tony made his way from Oz and we buried our 39 year old Dad. Yes he was a young man but at the time as he was my Dad, we thought he was old. It was a very messy time as any house is when death comes. My youngest sister was now 13, my younger brother 15, I was 18, my older sister 19 and my eldest brother 20. As I explained earlier my Dad was not insured on the mortgage so my Mam now had to deal with a mortgage too. Me and my oldest brother Tony decided we would pay as much as we could as we were working. But 6 months and 2 days later Tony was killed in a car accident. Yes . We had one death by suicide and one by accident, but the same outcome, we had 2 empty chairs and broken hearts. Life was definitely not on our side.

Death by suicide definitely has lots of guilt attached but we understand his journey as we walked it with him. My Mam done everything she could. It doesn't make it any easier to live with but we are not angry with him.

Life is a journey. A friend once explained to me how she felt about her Dad passing, she said, ''You know it's a bit like labor, you can never explain the pain to anyone, you can not understand until you are in it, and you wouldn't wish it on your worst enemy" I thought she was spot on.

So after that long story I can only say that life has to be enjoyed, every minute, make memories and tell all your loved ones how much they mean to you. Live life to the max. So this is my reason for picking a path to help others. I already knew a lot about depression but I returned to education to be a Mindfulness/Mental Health Facilitator and a Reiki Master, delighted to be strong enough now to get out there.

I dedicate this story to my mother and my grandmother (my Dad's mother, she is 93 years old, she actually buried 2 sons in 12 months to depression by suicide, yes my Dads brother Benny lost his life to depression 12 months before my Dad).

There are no comments yet. 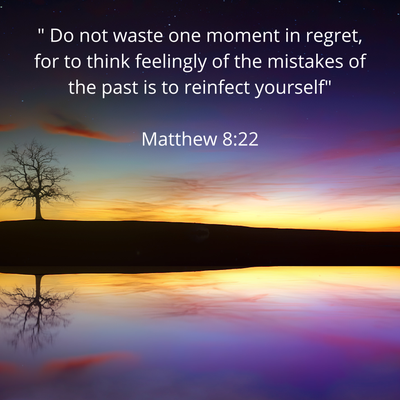 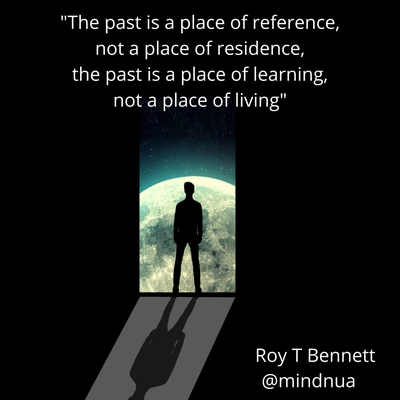 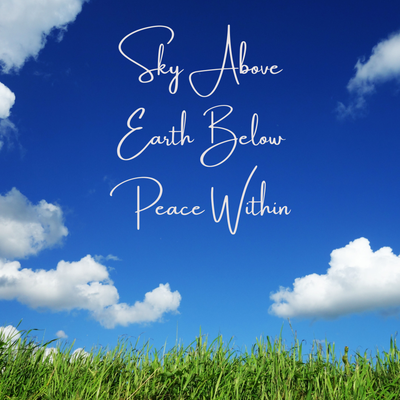 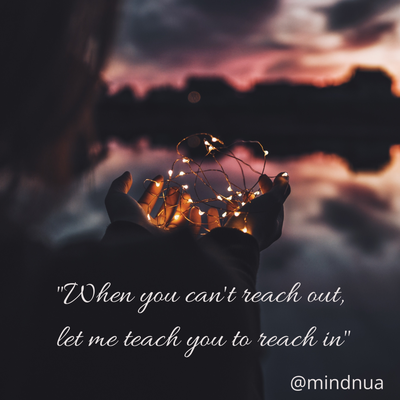 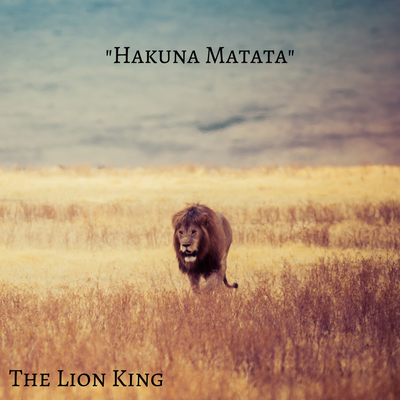 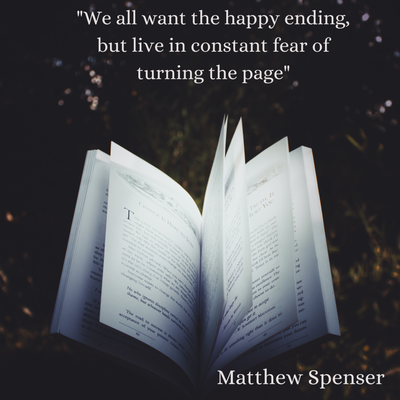 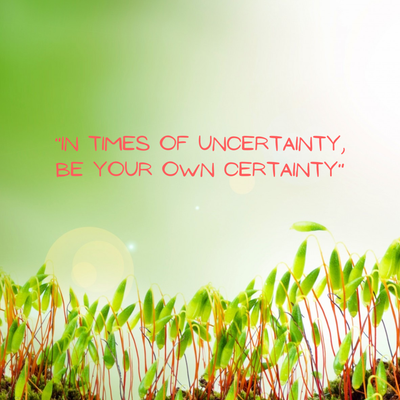 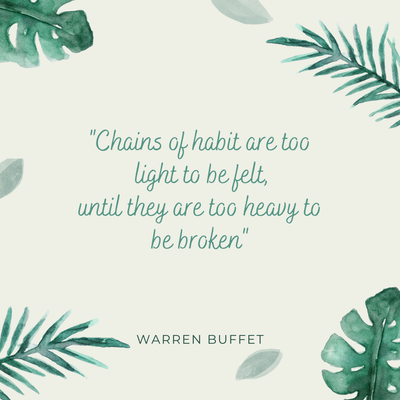 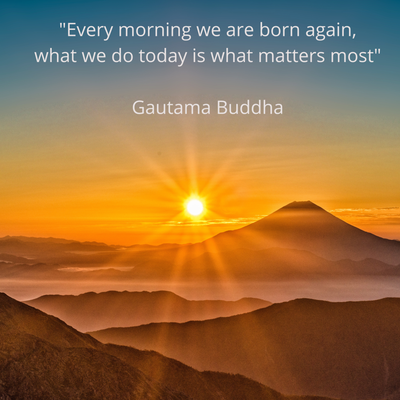 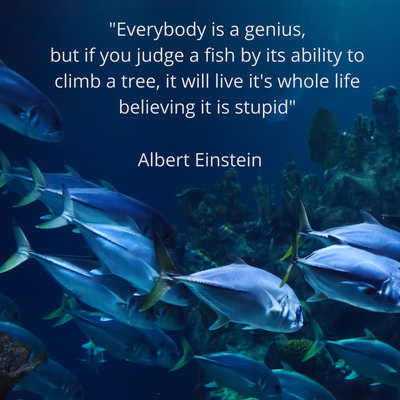 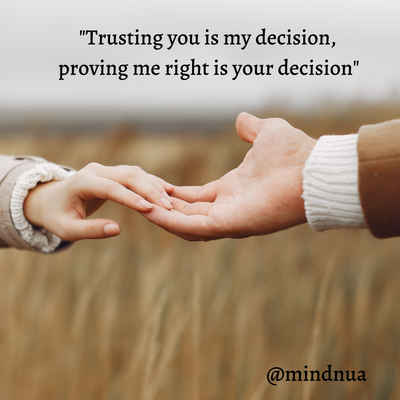 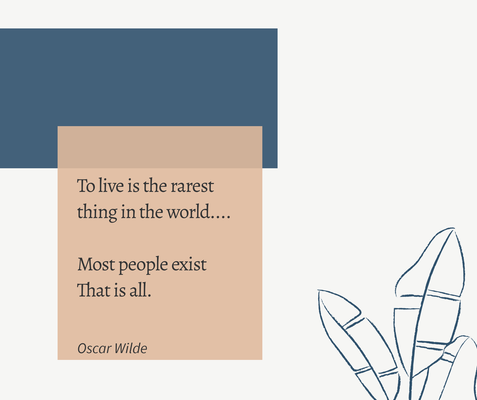 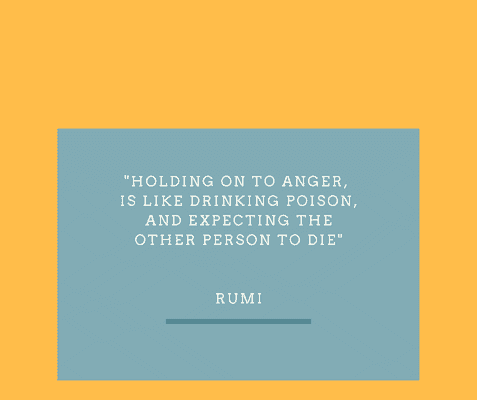 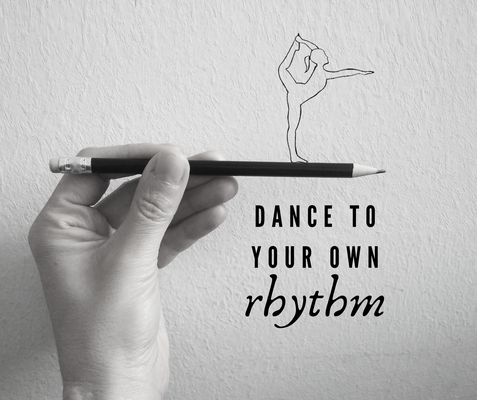 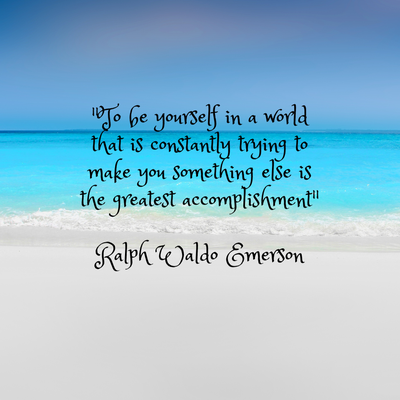 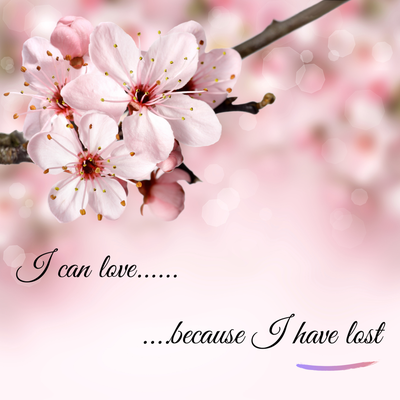 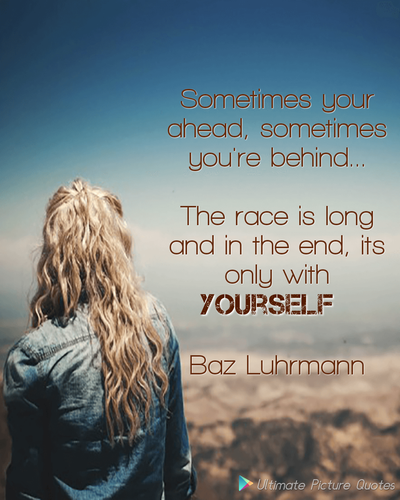 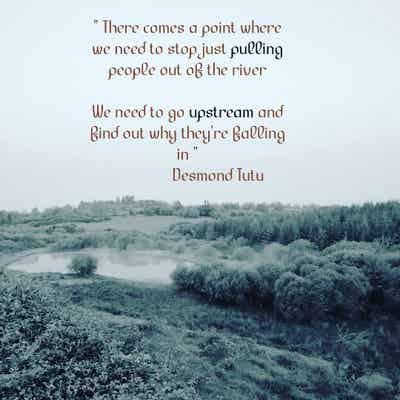 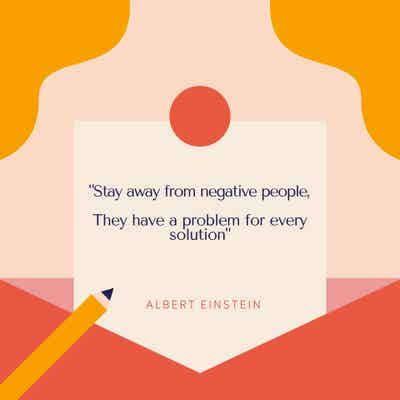 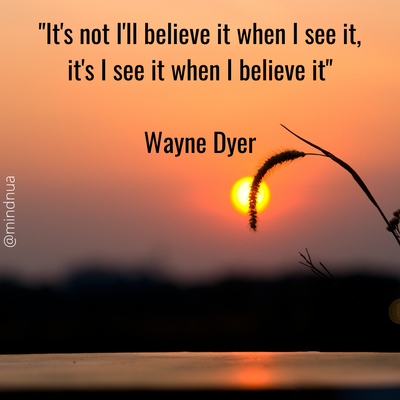 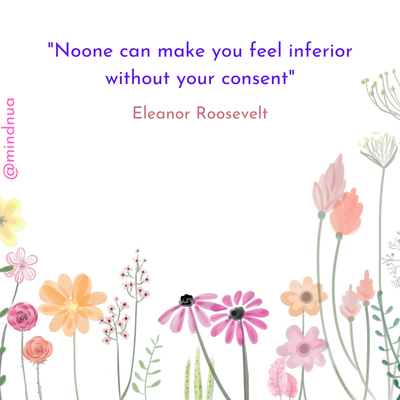 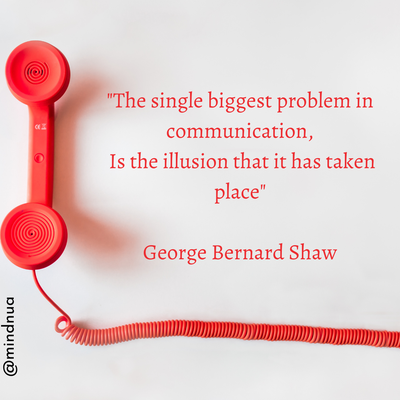 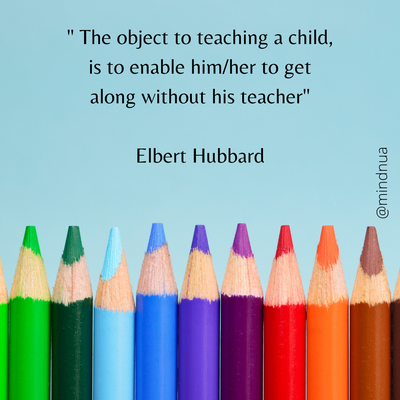 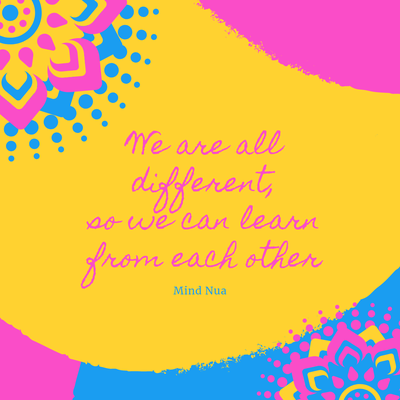 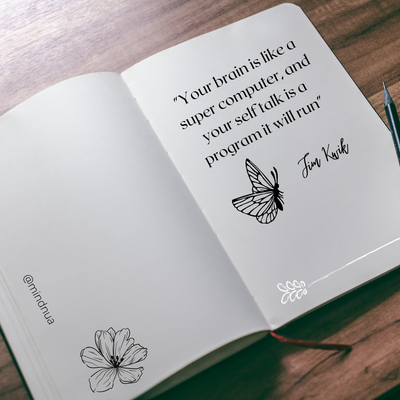 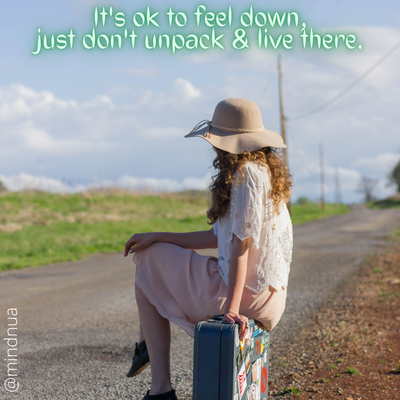 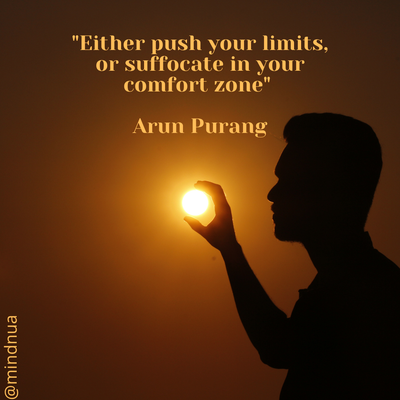